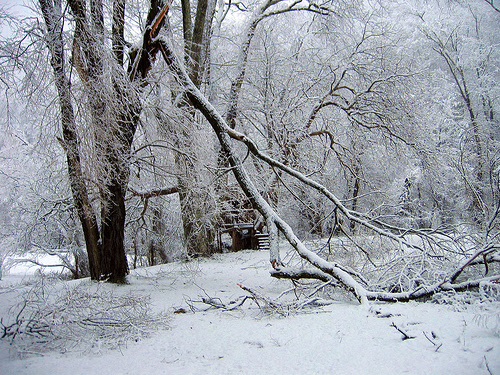 In our litigant hungry society it is not at all surprising that indviduals would play the victim card and sue fossil fuel companies for their losses brought about by Hurricane Katrina, blaming global warming.

The class action suit brought by residents from southern Mississippi, which was ravaged by hurricane-force winds and driving rains, was first filed just weeks after the August 2005 storm hit.

"The plaintiffs allege that defendants' operation of energy, fossil fuels, and chemical industries in the United States caused the emission of greenhouse gasses that contributed to global warming," say the documents seen by AFP.

The increase in global surface air and water temperatures "in turn caused a rise in sea levels and added to the ferocity of Hurricane Katrina, which combined to destroy the plaintiffs' private property, as well as public property useful to them."

It is not that these indviduals are not victims of the terrible tragedy brought on by Katrina, I am sure they are and suffered as the result of the storm. But associating natural disasters to man made global warming and seeking to be compensated for it is something that in the past has been reserved for true victims of carbon dioxide such as polar bears.

The real villain here though is not Exxon-Mobil, BP, or the other defendants in this frivolous law suit, the real villain is ALGORE and his Malthusian environmental ilk who have endangered sanity.

Consider the lawsuit in relation to this new report commissioned by the World Meteorological Organization co-authored by scientist on both sides of the AGW debate which concluded:

. . . we cannot at this time conclusively identify anthropogenic signals in past tropical cyclone data.

So if the worlds foremost "experts" on the subject can not say that "man made" carbon dioxide "added to the ferocity of Hurricane Katrina", then what is the basis for the lawsuit?

Now do you think that ALGORE, Prince Charles, or any of the rest of our celebrated alarmist will be held legally responsible for their exaggerated claims? Will their hyperbolic deceptions ever be hauled before a court of law? How about the IPCC itself?

• About the past: “There is observational evidence for an increase of intense tropical cyclone activity in the North Atlantic since about 1970, correlated with increases of tropical sea surface temperatures

Or will their far less publicized qualifiers be their defense?

So again if even the IPCC the alleged authority on all things warming says on the one hand "There is observational evidence for an increase of intense tropical cyclone activity in the North Atlantic" but on the other hand "There is no clear trend in the annual numbers of tropical cyclones.”(Oh the settled science!) What is the basis for the lawsuit? The basis for the lawsuit is the narrative of man made global warming, is a narrative permissible in a court of law? Of course it is, the narrative of AGW was upheld by the Supreme Court itself and now the courts will be dealing with it for years to come. Won't that be fun.

It is doubtful that anyone will ever be held accountable for arguably the greatest scientific malfeasance, political coercion and economic waste in human history. Law suits will be filed, attorneys will be paid, companies will pass on these expenses to the consumer and life will go on. But where will justice come from?

The irony is that their emotional plea that we must act to save future generations in the end will be the alarmist severest punishment. As is the retribution for all famous scoundrels they will be rewarded with the judgement of history as having reeked havoc upon a generation of mankind for their own unfounded, self-serving claims. In the end they will be a shameful branch on the family tree of their descendants.

"Oh, Great Uncle Al was a bit off, ignore your classmates dear."