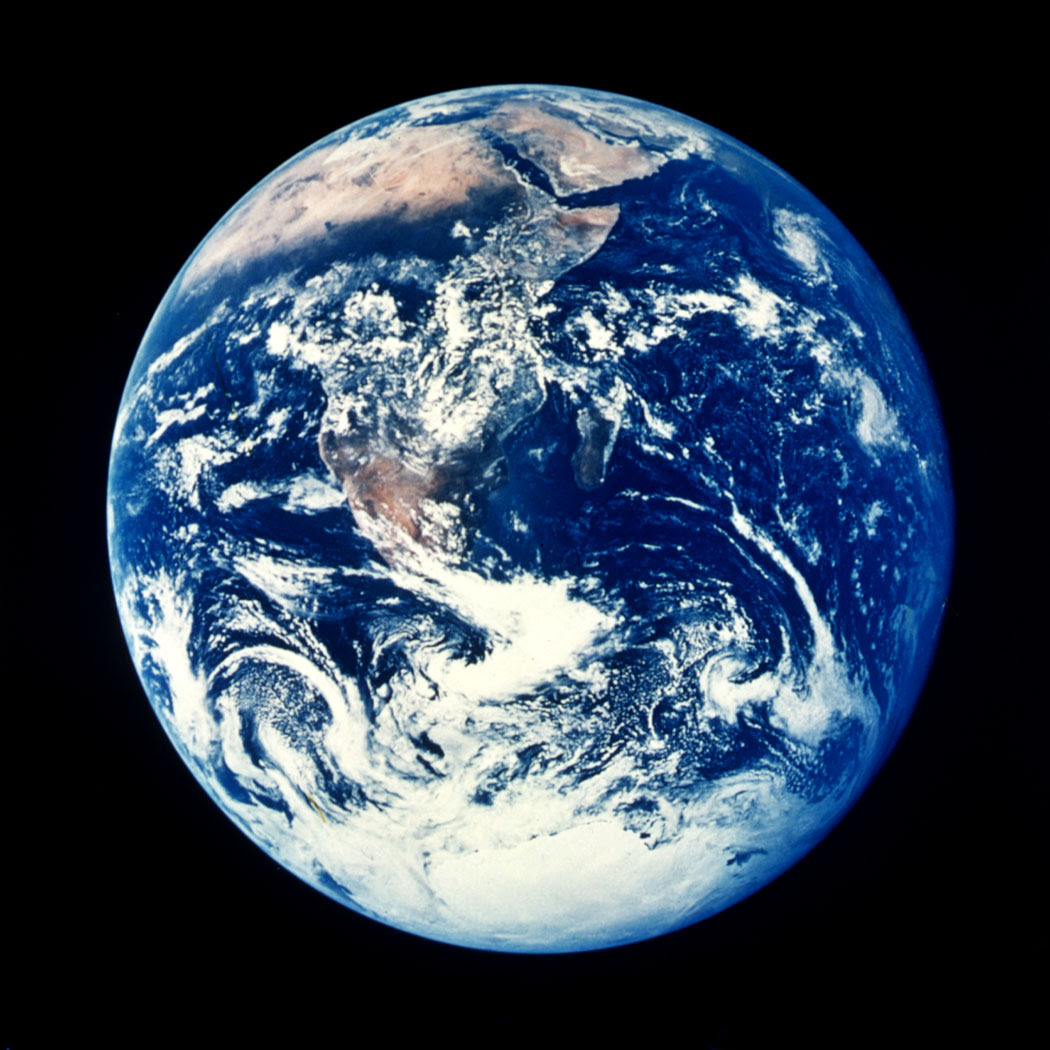 As new fraud is revealed almost daily, the full story of how the AGW scam came to pass is taking shape.

It’s been less than three months since the Climategate files were first revealed to the world, and an amazing lot has happened — so much that I think it’s worth bringing things together in one place.

This is an extension of the “fast facts” post I wrote a couple months ago. The facts and threads are now coming together into a narrative, a big picture combining what we learned from the letters and what we have learned since.

The Kyoto Protocol was supported by the scientific findings of a UN-chartered group called the Intergovernmental Panel on Climate Change (IPCC). The IPCC released a series of Assessment Reports (AR), with the most recent to date being the IPCC AR4 in 2007. Each of these ARs has repeated and reinforced the conclusion that the primary climate change is a warming of the average temperature of the earth over the last hundred or so years, brought about primarily by increasing carbon dioxide (CO2) levels. This theory is what is commonly called anthropogenic — meaning “human caused” — global warming (AGW).

The notion that humans were causing climate change was always more controversial than it was presented by the media — it’s hard to make a story out of someone saying “that’s silly, we don’t know enough to say that.” As time went on, however, the IPCC reports claimed greater and greater certainty, and became the basis for things like Al Gore’s An Inconvenient Truth. Legal reactions to it became the basis for cap and trade schemes worldwide, and the general reaction became the basis for Al Gore’s Oscar and his share of a Nobel Peace Prize.

Then the Climategate files came out, and the dominoes started to fall.

The emails showed, clearly, that some of the widely mocked conspiracy theories were true. There had actually been a concerted effort to prevent the “skeptics” (or “denialists”) from getting access to data, and to prevent anyone who didn’t accept the AGW theory wholeheartedly from being published. If the skeptics were stubborn enough, there were even conspiracies to attack their professional credentials and to effectively eject them from the scientific community. There were even half-joking threats to “beat the s*** out of them.”

Once the emails shined a light on the “climate cartel,” other things began to show up. It was suddenly clear that “skeptics” would be taken seriously, and it became more acceptable to dig elsewhere in the IPCC reports and to publish criticism.

The Science as Science

One primary public relations argument for the warmists has been the threat of the Himalayan glaciers — which are the source for many rivers in India — disappearing by 2035. That turned out to be based on a conversation, reported by a journalist, repeated by the World Wildlife Fund, and included, without citation, in the IPCC AR4.

This showed up on Roger Pielke Sr.’s blog. It spread through numerous outlets (including PJM), and the IPCC was forced to withdraw that statement. Further digging found that the WWF’s unreviewed position papers were used dozens of times to support the “peer reviewed” assessment reports.

Roger Pielke Jr. then demonstrated that peer reviewed research showing there was no evidence that AGW was causing increased storm intensity or storm damage was published by the IPCC as concluding the exact opposite.

An increasing body of evidence suggests that the methods used to “homogenize” global temperature data were very effectively adding a warming bias to that data — a “thumb on the scale” that appears to account for a good bit of the observed warming. Opaque methodology and poor data archiving make it very difficult to reliably, repeatably reconstruct even the homogenized temperatures. And the Climategate emails revealed ways in which people whose research contradicted AGW were marginalized and isolated.

There is more — much more — to come on the science and how it has been distorted.

The Finances of Science

So thanks to the Climategate files and the flood of information that came out following their release, some other interesting points emerged. Dr. Murari Lal admitted that the data was tarted up to be more inflammatory, purely because it was more politically effective. At the same time, long-delayed inquiries into the IPCC and its chief, Dr. Rajendra Pachauri, unveiled conflicts of interest.

Dr. Pachauri was employed by the Energy Research Institute, which was formerly the Tata Energy Research Institute. Based on the fraudulent “2035″ data, among others, TERI drew millions of dollars in grants from the European Union, the Carnegie Corporation, and other sources. Dr. Pachauri has a broad collection of other business associations which raise similar suspicions. These conflicts aren’t anything as ungentlemanly as straightforward stock ownership, of course; they are just mysterious ties that undoubtedly pay honoraria as well as Dr. Pachauri’s salary.

Has Climategate made anyone directly “rich”? Perhaps not. But there is a second story about the surprising lifestyle of these mere public servants.

There is a financial empire being built on top of AGW, one that we’ve already begun to discuss on PJM. The basics are simple. If you accept that CO2 is the problem, then steps need to be taken to reduce CO2 emissions, which many developed countries have attempted using “cap and trade” schemes. In cap and trade, you use the law to require companies in developed countries to reduce their CO2 emissions, or to buy carbon offsets if they can’t.

Where do carbon offsets come from? Simply enough, some authority must certify that someone else has either reduced their CO2 output, or has agreed not to do something that would increase CO2 output they would otherwise have done. For every ton of CO2 you don’t emit, you get a certificate that you can sell on the carbon market to someone who needs permission — an indulgence — allowing them to emit a ton of CO2.

But what about the details? Who has the authority to certify? And how do you measure CO2 not emitted? The opportunities for graft are vast. There isn’t much that is easier than not building a facility that therefore doesn’t emit CO2. Convince an inspector that you really would have built that facility, or simply that you built a modern efficient plant where you might otherwise have built a dirty inefficient one, and you’re entitled to a credit.

Once you have the carbon credit you need to sell it, which means there must be a market — a role filled in part by the Chicago Carbon Exchange (CCX). The CCX, which was started with seed money from both government and private non-profit sources, is most emphatically a for-profit firm that functions like any commodity exchange. If you have a story about the carbon you aren’t emitting and need it certified, the CCX can certify it — for a fee. Then the CCX will help you sell it — for a commission. If you need to buy carbon credits, the CCX will match you up with a buyer — for a fee — and sell you the certificate (and charge you a commission).

All of this is reasonable in theory, because after all what you’re doing is letting the market set a price for the carbon reductions, just as it sets a price for the fuels burned that lead to carbon emissions. In practice, it’s at least utterly opaque — the CCX is a U.S. corporation, but it is wholly owned in England, and draws its ability to act to certify CO2 reductions through a UN-chartered NGO out of Geneva. The principals are people who have banking experience with Goldman Sachs and strong political connections with the Democratic Party, through Chicago and through Al Gore.

It is, of course, purely a coincidence that this market, which simply doesn’t exist without the legal requirement that companies reduce carbon emissions, is closely connected with the politically connected people who are pushing for carbon restrictions by law and treaty.

As we saw during the Copenhagen meeting, the one outcome of the meeting was an agreement that allowed the carbon markets to continue. But now consider what would have happened if Copenhagen had gone through and the agreement had been made. The carbon markets would continue, of course, but now nearly every industrial operation in nearly every developed or under-developed or undeveloped country — for all practical purposes, all manufacturing, power generation, or transportation — would need to establish its carbon impact, and buy or sell the appropriate carbon credits. Every one of which would result in paying fees and commissions to the carbon exchanges, as well as the governments involved and the UN.

The owners of the carbon exchanges wouldn’t be as rich as Croesus — they would be so rich they could hire Croesus as a houseboy.

There is a third story, and maybe the biggest story, in the political connections and political pull that make the carbon markets work.

So what is the big picture?

First, there were the true believers, like James Hansen, whose belief in the need to eliminate industrial civilization far predates the global warming explanation. (There is a side story to be told there as well. What do the true believers really believe? What do they advocate as ways to reduce humanity’s environmental impact?) These true believers seem to be quite willing to … adapt their scientific results to make sure that people on the outside are as frightened as possible.

There is another, larger group, who may or may not be true believers — who can know what is in another man’s heart? — but who don’t seem to worry too much about their own carbon impact, like Al Gore. (Oh, he buys indulgences from his own company, which is one little mercy — he could conceivably instead say he would have built a bigger house with more carbon impact, and claimed a carbon credit.) A fair number of these people, though, seem to be set up to make an immense pile of money off the carbon markets, and they all seem to have impeccable political connections. This larger group makes sure that the true believers get big grants, and travel to conferences in Gstaad and Tahiti, and have well-financed platforms from which to speak.

It’s that second group we most need to watch. In the old Soviet Union, these people — the Communist Party members who received positions of power — were called the nomenklatura. They weren’t necessarily the true believers (in fact, a lot of the true Communists, like Beria and Trotsky, ended up dead or in Siberia), but they could mouth the slogans, pass on the Communist Party line, and play the system to get positions and power, dachas, and access to the “special” stores that always had sausage, green vegetables, and toilet paper.

And, of course, there is a third group: the rest of us. We are expected to pay the increased carbon offset costs quietly, cold in our darkened rooms, but warm in our hearts because we’re saving the planet.

Email ThisBlogThis!Share to TwitterShare to FacebookShare to Pinterest
Labels: climategate