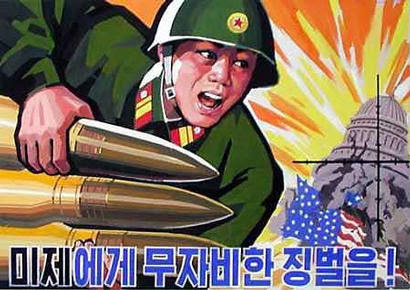 Every week the mainstream media floods the newswires with perilous climate change predictions intended to spur the masses into taking drastic action either through fear or guilt. The actions suggested usually require massive amounts of money to be given as aid to developing nations to help them ‘cope with global warming’ and ‘develop green technologies’. Meanwhile, here in the so-called ‘rich nations’ we must concede generations of development and drastically change our lifestyle through voluntary measures suggested by guilt-ridden environmentalists, such as switching to a vegan diet or installing ‘green products’ into one’s home that are typically far too expensive for most low and middle income families budgets. And soon these changes will more-or-less be forced upon the populous as currently being drafted in congress is a climate change bill that would tax anything and everything that produces carbon emissions.

It is my belief that people cannot fully grasp the full breadth of what the green movement has become. They’re not about saving the rainforest or the polar bears, per say, as much as they are in the business of installing a new word order. A socialistic world government full of entitlements for the many that have never strived for achievement given to by the few that have. The green movement has manipulated their way to prominence using fear of calamity and guilt of consumption with the media perpetrating their every word. For example, a google news search on ‘climate change’ yielded 42,972 articles over the last one week period but ‘North Korea’ yielded a mere 39,765. Please keep in mind that North Korea detonated a nuclear bomb this week and launched -‘tested’- half a dozen surface-to-air missiles that take flight paths over Japan. They also renounced a 50+ year old treaty and threatened war. There are many other examples of factions coming to power through trepidation of the people and manipulation of the press, but they usually result in totalitarian dictatorships that generations of free people fought, and died, against but ultimately defeated.


With 42,972 articles circulating the web over the course of one week I figured that I would highlight those getting the most coverage and dissect them in a weekly review. Usually most global warming articles follow the same sequence; it’s bad, worse than previously thought, actions must be taken immediately, the poor will suffer the most, we will all pay dearly for our foul behavior of improving our lives. But looking a bit deeper one can find all the subtle hints of socialism, all the bias to advance ideology, all the spin to promote calamity and that’s what I look forward to pointing out.

This article to be featured is quintessential climate change reporting on a new study commissioned by the Geneva-based Global Humanitarian Forum. The tone is set in the first sentence.

Climate change kills about 315,000 people a year through hunger, sickness and weather disasters, and the annual death toll is expected to rise to half a million by 2030.

The article doesn’t elaborate how they come up with this figure or how the GHF makes the determination of whether the number of deaths from a flood is from climate change or just the natural course of events that have surely occurred a million times over before and will again. Do people living in a flood plain that die in a flood get counted as deaths from weather disasters due to climate change? Do people living below sea-level that die in a hurricane’s storm surge get lumped in there as well? Or how many deaths from sickness and starvation, problems mainly in developing nations, is caused by oppressive regimes, the antedecent conditions, overpopulation, hygienic practices, etc. rather than climate change and how is that determination made?

"Climate change is the greatest emerging humanitarian challenge of our time, causing suffering to hundreds of millions of people worldwide. The first hit and worst affected are the world's poorest groups, and yet they have done least to cause the problem."
- Kofi Annan, former U.N. secretary-general and GHF president

"Copenhagen needs to be the most ambitious international agreement ever negotiated. The alternative is mass starvation, mass migration and mass sickness."

If you remember, Copenhagen is that little pet project the UN, amongst the many minions, is working on intent to financially punish carbon intensive nations and redistribute this wealth to those nations that can’t just seem to get it together. No matter the billions in aid already sent to such nations which is squandered through government corruption carried out by tyrannical leaders, never making it to the people of these nations, we must put previous generosities aside and be forced into paying international carbon taxes to be given to these countries reparation-style.

"Funding from rich countries to help the poor and vulnerable adapt to climate change is not even one percent of what is needed. This glaring injustice must be addressed at Copenhagen in December."
- Barbara Stocking, chief executive of Oxfam in Britain and a GHF board member.

Previous to this statement the article noted that international funds, specific to climate change, pledged annually by the so-called ‘rich nations’ is over 400 million dollars. But this is an injustice. I take it we’re supposed to fund every infrastructure project designed to hold back nature in poor countries, despite having yet mastered that art here in the rich countries.

But this begs the question, just how are we faring in the rich countries. We’re currently in the midst of deep recession that doesn’t show too many signs of ending any time soon. In the US, unemployment has likely passed 9% since the last report, though some will argue it’s closer to 16% when accounting for those not on the unemployment rolls and those who’ve had hours severely cut. One in eight are in danger of losing their home to foreclosure and what people forget about this number, it no longer includes those that have already lost their homes due to foreclosure, of which there are many. The poverty rate continues to linger around 15% but will likely grow as the recession begins to take its toll. The bailout bubble looms which promises to devalue our currency, with ramifications in the commodities market understood, while sending inflation into overdrive. Government is growing beyond the control of the people and is spending more money than it takes in. Funny, I didn’t know having negative dollars was considered being rich?!