"Is this not a conflict of interest? Sending environmental activists to gather climatic data for an insurance company trying to asses rates due to impact from climate change? "

FROM-This post was submitted to Skeptic's Corner by a person who wishes to remain anonymous in order to protect his /her position. We thank them for their submission.

In recent years the quest to establish global warming is occurring and happening at a rate much faster than expected has grown into fervor. Scientists have become advocates and teamed up with the media and grabbed the ears of a certain political party to run a constant fear campaign built on western society consumer excess guilt and saving the planet. Endless computer simulations portend larger ocean waves, heatwaves, firestorms, blizzards, mega-droughts, hypercanes, ice caps sliding into the sea, nuclear war, extinction of most forms of life, methane belching seas flooding entire coastal plains then igniting in huge atmospheric explosions from lightning in overshooting tornadic supercell thunderstorms, and the slowing of Earth’s rotation all based on increases in CO2 concentration emitted by humans, specifically, those that are American.

That’s where the parody of global warming - climate change, rather - begins. American emitted CO2 is bad but Chinese emitted CO2 is excusable. Hot weather is climate, cold weather is natural variation. Last week’s heat wave in California, for example, immediately drew global warming into the topic of conversation. But what about the parade of blizzards and killing frosts this April from Texas to North Dakota? Thirty inches of April snow in Kansas seems a bit more extreme than a 95 degree April day in California.

Even public campaigns staged to draw attention to global warming somehow get miffed by unexpectedly cold weather. In March one of global warming’s most vocal advocates, NASA’s Jim Hansen, called for a display of civil disobedience by protesters at a global warming march against a coal-fired power plant in Washington, DC. Instead there was a teeth-chattering trudge through a foot of new snow from a late-season East Coast snowstorm. In July of 2007 the Live Earth concert in South Africa to draw attention to global warming was snowed in, Johannesburg’s first snowfall in 25 years and blamed on climate change. Last April in London a climate conference was snowed in. Just six months later London received its first October snowfall in 70 years during a climate debate! Don’t fret, it was cold in London during October before…back in 1895 as one periodical reminds us. 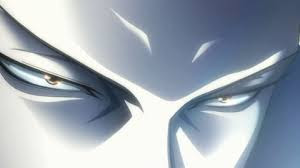 The global warming fracas has deluded the minds on those that believe in its dogma to the point it’s been hard to decipher their message. A string on conflicting reporting in the media, output from computer models, studies by scientists and adventures by explorers have left anything and everything to be consistent with global warming.

Several years ago shrinking glaciers along the flanks of Mont Blanc were the cause of global warming. After the 2003 heat wave in Europe some climate experts even said the mountain may never recover but just 5 years later ice mass on the mountain had increased by 50% because of, you guess it, global warming.

In 2007 polar explorers Ann Bancroft and Liv Arnesen tried to reach the North Pole in a public stunt to call attention to global warming and were caught in temperatures of seventy below zero, came down with frostbite and had to end their mission. In the end Liv Arnesen lost the tip of her big toe in her quest to teach global warming to children. I hope they learn from her example.

This brings us to the latest polar expedition to call attention to global warming, the Catlin Arctic Survey. It has been stated that this is a science endeavor to measure the thickness of sea-ice and calibrate those measurements to satellite data also to examine the human body’s response to extreme cold in the arctic with biotelemetry data. However, judging by the title sponsor and the crew they picked the real purpose of this mission is to spread more global warming propaganda and make money off it.

The following is a letter written by the expedition leader, Pen Hadow.

The inconclusiveness of the Poznan talks last weekend signals once again that our leaders are prepared to drink in the last chance saloon - with last orders being called (Global climate change decisions on hold for Obama, 15 December). There is just a year left for our political leaders to put a post-2012 deal in place at Copenhagen next year, if there is to be any hope of preventing global warming from reaching really dangerous levels. But slow progress seems to signal a deal that will fall short of expectations.

Scientists have presented a barrage of evidence for global warming and I have seen with my own eyes the irrevocable changes taking place in the Arctic Ocean. Each year more and more of the fragile multi-year sea ice melts and it could be less than a generation before the ice cap disappears completely. The loss of this astonishingly beautiful place will be a tragedy in itself, but a still greater calamity for us all is its unbalancing of the Earth’s whole eco-system.

Next year, during the critical few months before Copenhagen, I will be leading a scientific expedition to the north pole to assess the status of the ice. Using a specially designed ice-penetrating radar, the Catlin Arctic Survey team will take millions of readings of the thickness of the floating ice over a 1,200-kilometre route. The data will be analysed by the world’s leading scientists from organisations including Nasa.

I believe I owe it to my children and future generations to carry out this important, if hazardous, survey. Putting our abilities as explorers at the disposal of climate scientists is our team’s small contribution to securing a solution. It is to be hoped world leaders recognise early enough they have a still greater role to play in Copenhagen next year.

Now we can read between the lines and see what this survey is really about - gathering ‘doomsday data’ to feed to the policy makers at Copenhagen; but that’s not all. The title sponsor of this expedition is an insurance company that plans to use the data in the following way:

“as a specialty insurance/reinsurance company, the potential effects of global warming will have a direct impact on our business”

“manages risk based on hard facts, so we believe that obtaining this information is vital. The Catlin Arctic Survey will help inform all those who must plan for the potential effects of global warming.”

Copenhagen is in reference to an upcoming climate summit in which thousands of scientists, advocacy groups, environmentalists, politicians, media, and policy officials from 192 countries will gather to put together a successor to the Kyoto Treaty. But this time around, there will be a price to pay should a country fail to adhere to protocol – carbon tax. And the insurance companies are scurrying to find ways to raise rates based on computer modeled risks that may occur due to global warming.

For example, this piece was written by Mike Hansen, president of Catlin Canada.

Data obtained by the Catlin Arctic Survey will then be published in a report to be presented by WWF International to the United Nations Climate Change Conference of Parties, to be held in Copenhagen in November 2009.

But this goes even further as one peers into the juicy details. Obviously, judging by his comments, Pen Hadow has a vested interest in finding and submitting data suitable for passing the Copenhagen Accord.

As some of you may not know, Catlin is a insurer/reinsurer. I’m sure plans are in the works to use this mission to base insurance rates paid by those in areas that may be vulnerable to climate change. So not only is this propaganda, it’s also a ploy.


Catlin is sponsoring the expedition because the implications of global warming for the insurance industry and policyholders are stark: the effects of climate change could affect a wide range of insurable events.

The Catlin Arctic Survey, of course, provides Catlin with numerous marketing opportunities similar to those provided to insurers sponsoring sporting events or artistic exhibitions and performances. Be that as it may, Catlin is most interested in the scientific data provided by the Catlin Arctic Survey, which will serve to increase the insurance industry’s and global understanding of the impact of climate change.

This information will not only be useful to underwriters but also to the risk management and claims community. Catlin Canada’s risk and claims services manager April Savchuk comments: “The increasing probabilities faced of falling victim to the phenomenon of adverse climate change clearly demonstrates our vulnerabilities when ‘negotiating’ with Mother Nature. Exaggerated changes in climate can result in the usual variety of distinct physical events and losses, but the added burden on business — including how to best manage contingencies associated with the events — is unprecedented. The only way to better manage this is to become intimate with its cause and effect.

”Insurers worldwide are taking a greater interest in climate change, studying the causes of changing climatic conditions, as well as conducting research into the potential impact of climate change on the insurance industry and its policyholders.

Other researchers are broadening their scope to cover the less obvious. Last autumn, for example, Munich Reinsurance Co. sponsored a seminar in Princeton, New Jersey that focused on which companies could potentially be held liable for causing climate change — and whether liability insurers could be exposed to potential claims.

Is this not a conflict of interest? Sending environmental activists to gather climatic data for an insurance company trying to asses rates due to impact from climate change? Ask anyone living in Florida or along the US Atlantic Coast how their insurance policies have adjusted their rates due to the ‘threat of more hurricanes due to climate change’.

Catlin must have read this article posted back in October of 2006 when deciding to sponsor the Pen Hadow arctic survey.

The report, "Climate Change and Insurance: An Agenda for Action in the United States," was released by insurer Allianz Group and conservation group World Wildlife Fund. While U.S. insurance companies have been good at looking at the historical risk from natural catastrophes, the report says they have been slow to adopt the latest scientific findings in their computer models that project future risk and in turn, set rates.

The Catlin Arctic Survey will form an essential part of WWF’s work to protect the Arctic, raising awareness around the world about the plight of the Arctic, the impact of climate change, and the need to secure radical CO2 emission reductions. 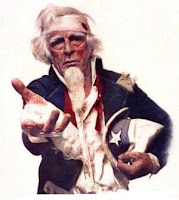 What it all comes down to is this: Catlin is financing a WWF International inspired public stunt to prove global warming so they can present the data obtained to pass an internationally binding and monetarily punishable greenhouse gas emissions reduction accord aimed at western nations, particularly the United States, despite China projected to emit three times the amount of CO2 than the US by 2020 based on current trends. More...