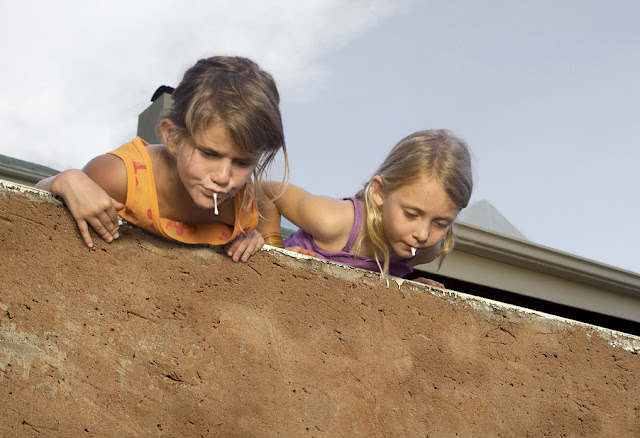 I find that visual representations sometimes are very enlightening, after all "a picture is worth a thousand words" right? I thought I'd paint a picture of one of my favorite global warming quotes. The late Reid Bryson who was considered to be the father of modern climatology once said

What did he mean? 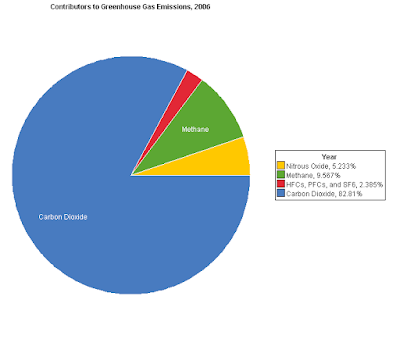 This graph shows the distribution of GHG in Earth's atmosphere. Carbon Dioxide is clearly in the majority www.abcnews.com/sections/us/global106.html

So as you can clearly see that poisonous Carbon Dioxide is the primary source for this entire greenhouse effect that is going to boil the oceans, melt the ice caps, drown Bangladesh and reek havoc on the lives of your grandchildren.

So now that we have identified the problem as true eco warrior guardians of the Earth, let's get to the source of the problem.

This next pie shows where all that nasty carbon dioxide comes from. 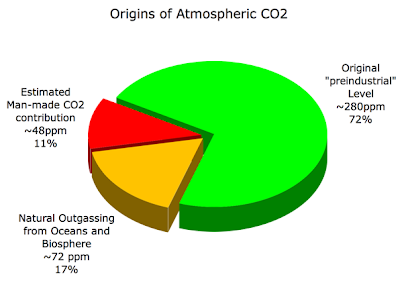 As you can see the problem shrunk a great deal. Only about 11% of carbon dioxide of that 82% in that original chart is (so called) man made. We did not actually make it, it has been here all along, man despite common belief really does not make anything from scratch, he just puts existing stuff together in new and exciting ways. In the case of carbon dioxide he just basically burns an existing natural substance for all kinds of nefarious purposes, like staying warm.

Now let's get to that spittun. You see the one thing left out of the press release of the impending catastrophe, is that poisonous carbon dioxide is not the main greenhouse gas, spit is. Well not exactly spit, actually not water drops at all but water vapor.

So where does carbon dioxide compare to water vapor in the scheme of things?

When you hear about carbon dioxide emissions it is referred to in terms like gigatons, but remember for each of these gigatons that we emit old Ma Nature is outpacing us about twenty to one.

Now .28% of the entire greenhouse effect sure does not sound that impressive does it?

Now our final pie, to show how tiny carbon dioxide is in the scheme of things check this out:

This is the make up of our Earth's atmosphere. Nitrogen, Oxygen and that tiny sliver of Argon. Where is carbon dioxide and methane and all that other stuff? They are too small to be represented in a pie chart, that is why they are called trace gasses.

"As of 2009, there are only 38 or 39 molecules of CO2 for every 100,000 molecules of atmosphere, and it will take mankind’s CO2 emissions another five years to raise that total by 1 molecule, to 40 out of every 100,000 molecules.....Yes, we might double the CO2 concentration of the atmosphere by late in this century…but 2 times a very small number is still a very small number."

It is not like that tiny amount of carbon dioxide is not important, life would come to a screeching halt without it. As that heretic Freeman Dyson pointed out:

"The fundamental reason why carbon dioxide in the atmosphere is critically important to biology is that there is so little of it. A field of corn growing in full sunlight in the middle of the day uses up all the carbon dioxide within a meter of the ground in about five minutes. If the air were not constantly stirred by convection currents and winds, the corn would stop growing."