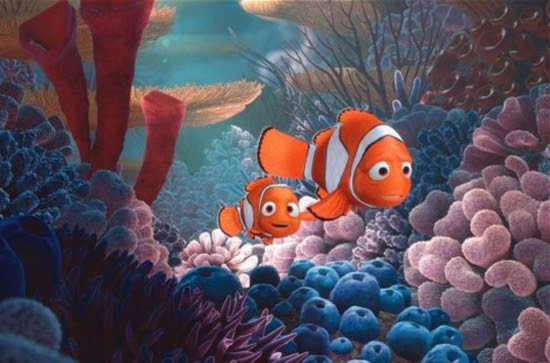 A new study by climate researchers from Germany, Australia, and Canada seems to prove beyond any doubt that -- hold on to your hat -- if global temperatures reach levels at which coral reefs are damaged, then coral reefs will be damaged. Terrifyingly irrefutable logic.

The news article outlining the study's findings, entitled "World's coral reefs will die without drastic action on climate change: study," is as typical in its alarmism as it is alarming in its typicality. What does "drastic action" entail? How are such "drastic" measures to be undertaken? Who is to take them? Might there be any legal or ethical issues implied by such measures? A real journalist, if there were one, would be asking these questions. Our modern Official Story disseminators simply say, "Wow, listen to this!" In reply, the online commentators on this article line up to say, "Yeah, it's all the right-wingers' fault," or "Man, this is scary."

So, what computer-generated scenario are they alarming us with now? The study's lead author, Dr. Katja Frieler, explains the study's conclusions in the clearest possible terms (emphasis added).

Our findings show that under current assumptions regarding thermal sensitivity, coral reefs might no longer be prominent coastal ecosystems if global mean temperatures actually exceed two degrees Celsius above the pre-industrial level.


Here we go again. The global warming grant-seekers and their promoters at the United Nations have thrown some more data into their Big If Machine and come up with another argument for destroying the world's economy, impoverishing or eliminating millions, and violating natural rights in the name of Gaia. (See further examples here and here.)

"If global mean temperatures actually exceed two degrees Celsius above the pre-industrial level." The news article notes that this warning matches up perfectly with the 1992 U.N. Framework Convention on Climate Change, which declares that "any further rise in global temperatures should be kept to below two degrees C over pre-industrial levels." The author presents this similarity as a case of mutually reinforcing findings, whereas of course that "two degrees above pre-industrial levels" trope is the standard jargon of climate change fear-mongering. The new study, like so many others, is merely adopting the U.N.'s Framework assumption and running with it.

This study asserts that coral reefs might be harmed if temperatures "exceed" two degrees above pre-industrial levels. Exceed by how much? And what if "current assumptions regarding thermal sensitivity" are wrong? And should not scientific researchers feel obliged to answer such questions -- not to mention the question of whether there is any imminent risk of such a rise in temperature -- with a greater degree of certitude before drawing conclusions that imply a need for "drastic measures"? Furthermore, what are we to make of the conclusion itself -- namely, that if all these conditions obtain, then coral reefs "might no longer be prominent coastal ecosystems"? Might? Quantify "might," please. (Just kidding -- please do not try to quantify might; we have been inundated with enough specious computer models already.)

Notice, further, the loaded terminology of "pre-industrial levels." This way of framing the historical temperature record pre-determines that the subsequent rising temperatures were the result of the industrial age per se -- i.e., that you built that, as it were.

If we restated Dr. Frieler's conclusion using the accepted categories of climate science, rather than the politically loaded phrase "pre-industrial," the study's findings would sound like this: "Coral reefs might become less prominent if global mean temperatures actually exceed two degrees above the levels from the end of the Little Ice Age." That seems to make a bit of a difference, doesn't it? Substituting "pre-industrial" for "Little Ice Age" is sleight-of-hand unworthy of science.

This is the point in a "climate denial" article where Al Gore's acolytes usually jump in to say, "You're only reading a media report, not the actual study with all its hard evidence." First of all, there are plenty of careful scientific analyses of the scholarly heart of the global warming charade. And from all these analyses -- from the cherry-picked tree ring samples and ice core data to the carefully bracketed "hockey stick" -- we have learned that the chief theoretical weakness of "orthodox" climate change theory is the fundamental closed-mindedness of the theorists. They set out to find a predetermined answer to their question, and then they take any necessary steps to make darned sure their chosen evidence seems to back it up.

The controversy over the infamous e-mail discussion of "hiding the decline" has taken on a life of its own, obscuring a more basic point. The mention of hiding the decline was merely an admission of guilt; the fact of guilt -- i.e., bad science -- had already long been established.

Secondly, most run-of-the-mill climate change "studies" do not bear intense analysis for the simplest reason of all: on their face, they are not really claiming to have proven anything beyond their own computer models' imaginary worlds. Such is the case with this latest coral reef study. The researchers hypothesize that if certain things happen, certain adverse outcomes will occur. The question they do not, cannot, and do not even feel the need to answer, is: "Why should we assume that these hypothetical conditions are anything but science fiction?"

Their entire study rests on the "pre-established" wisdom of man-made global warming. Since J.R.R. Tolkien wrote The Lord of the Rings, many people of various degrees of talent have milked a lot of money out of adapting his characters and settings to their various purposes. But if someone turned around and tried to present "new research" on hobbit social arrangements to the Anthropological Society of London, he would be laughed out of town. (Okay, probably not these days, but you get my point.)

The case of these studies which purport to add to our scientific understanding of the world according to the thoroughly discredited notion of man-made global cooling/global warming/global climate change is no different from that of our imaginary hobbit anthropologist. Or rather, it is different in one way only: the researchers into Middle-earth's climate have thus far gotten away with the ruse. The governments of the world are taking or proposing expensive and despotic steps to prevent Sauron from killing Frodo. And in this version of the story, Sauron, the villain, is you -- you who wish to live a productive, comfortable life in an advanced, free society. It is you who must be stopped.

The article concludes with one more dire warning from another of the researchers.

"The window of opportunity to preserve the majority of coral reefs, part of the world's natural heritage, is small," says co-author of the study Malte Meinshausen, who is a senior researcher at the Potsdam Institute for Climate Impact Research and an Honorary Senior Research Fellow at the University of Melbourne.

"We close this window if we follow another decade of ballooning global greenhouse-gas emissions."

Really? Not if the dean of climate fear-pmongering, Phil Jones of East Anglia University, is correct. He has reluctantly admitted that there has been no significant increase in global mean temperatures since 1995. The trajectory of doom assumed by the authors of all these tagalong studies, and built into their Big If Machine computer models, simply is not borne out by the facts.

Email ThisBlogThis!Share to TwitterShare to FacebookShare to Pinterest
Labels: coral