The Age of Unreason 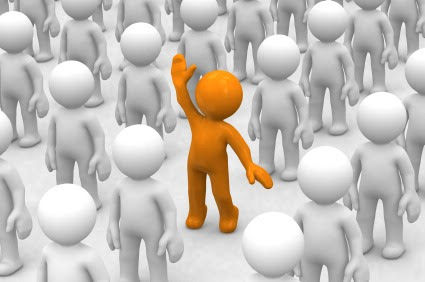 The Australian newspaper The Age has an article titled Climate change adding to severity written by a Birdie Smith. Obviously this is a piece written about some new peer reviewed scholarly work done by climate researchers....not.

In the article Birdie does everything possible to tie cyclone Yasi to global warming/climate change while simultaneously destroying the foundation for that assertion. All emphasis are mine, remember the title of the article is "Climate change adding to severity" which leads immediately to the opening sentence:


Yasi may be Queensland's third cyclone in five weeks but it is not a symptom of a warming planet.


What can be attributed to global warming are some of the conditions that have contributed to the cyclone's severity - namely the record-high sea surface temperatures.

The Coral Sea, where cyclone Yasi formed, is about 28.5 degrees. The high ocean temperatures, which generate more evaporation and a better source of energy for cyclones, coincide with a very strong La Nina event - part of natural climate variability - bringing moisture to north-eastern Australia.

Far be it of me to question how something which can potentially cause severer cyclones can actually be attributed to doing so. Either it is potential or attributable, I believe the two propositions are not compatible. Birdie the writer of the story attributes while Ash the scientist only says the higher SST's have the potential to cause more severe cyclones. Why is Ash not willing to go as far as Birdie? Well the rest of the article pretty much shows why and why the entire article is more an excercise in alarmist propaganda than objective journalism.


''This [La Nina] event is close to the strongest on record,'' Dr Ash said yesterday.

''It's very similar to the event in 1917-18 and interestingly we had two very large cyclones in early 1918 associated with that strong La Nina event.''

So as it turns out what we are experiencing is "very similar" to an event which occurred 93 years ago. Which reconfirms that whole natural variability thing which  Birdie is so intent on downplaying is not new but in fact a fairly well documented natural cycle. It is as if anything pre-CO2 mania was natural but everything post-CO2 mania is due to your SUV.  An objective journalist might have put this event in historical context

During La Niña events, tropical cyclone numbers are typically higher than normal during the November to April period, while Wet Season temperatures are often below average, particularly in areas experiencing excess rainfall.

Note that the current conditions though outside the norm are, from a historical context, sandwiched between ENSO events not attributable to the modern global warming/climate change hysteria. Which the scientist are well aware of yet Birdie fails to either investigate or ignores in his narrative article.

Now if you think thus far we have been subjected to double speak, it only gets worse:


The combination has prompted authorities to warn of a horror cyclone season, with the weather bureau predicting up to six cyclones.

Neville Nicholls, from Monash University's school of geography and environmental science, said that even without the warming seas, La Nina events usually brought with them more active tropical cyclones.

So the high SST and the strong La Nina are combining to create "a horror cyclone season". Ouch this is bad I am sure glad we have Birdie and the climate science specialist to warn us of these impending disasters, or do we?:


Dr Nicholls, who specialises in the factors that affect cyclone activity from year to year, said the theory of a strong La Nina equating to an active tropical cyclone season did not play out as clearly when looking at longer-term data.

''From a naive point of view, warmer sea surface temperatures should lead to more active cyclone seasons but that's not what the decades-long data shows,'' he said. 'This is impossible for scientists to understand at the moment, but it means that there is something else at play.'"

Are you following this?  Remember the entire purpose of this article is to explain to us naive laymen all that the scientist know about how global warming is affecting cyclones yet when it comes down to it, it is " impossible for scientists to understand at the moment but it means that there is something else at play.", Like maybe natural variability and historically verifiable climate cycles ?

He said that in general terms, climate change would increase the probability of extreme events, including events that depend on high sea surface temperatures.

Birdie has done a masterful job in helping us naive laymen to understand why we are now living in the age of unreason, or even common sense.
Posted by Jer at 8:31 AM