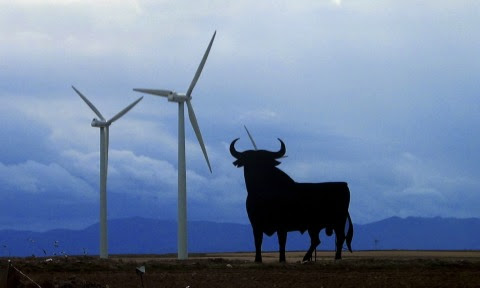 The Obama administration works with lobbyists to distort reality

Barack Obama promised many things on his way into office. Key among these was transparency and a vow to banish lobbyists from insider roles in the policy process.

Using the Freedom of Information Act (FOIA), the Competitive Enterprise Institute has confirmed that both promises are being aggressively violated.

In 2008 and 2009, Mr. Obama told Americans on no fewer than eight occasions to "think about what's happening in countries like Spain [and] Germany" to see his model for successful "green jobs" policies, and what we should expect here.

Some Spanish academics and experts on that country's wind- and solar-energy policies and outcomes took Mr. Obama up on his invitation, revealing Spain's policies to be economic and employment disasters. The political embarrassment to the administration was obvious, with White House spokesman Robert Gibbs asked about the Spanish study at a press conference, and the president hurriedly substituted Denmark for Spain in his stump speech.

Team Obama was not amused, and they decided to do something about it. The crew that campaigned on change pulled out the oldest plan in the book - attack the messenger. The U.S. government's response to foreign academics, assessing the impact in their own country of that foreign government's policies, was to come after them in a move that internal e-mails say was unprecedented. They also show it was coordinated with the lobbyists for "Big Wind" and the left-wing Center for American Progress (CAP).

What emerged was an ideological hodgepodge of curious and unsupported claims published under the name of two young non-economist wind advocates. These taxpayer-funded employees offered green dogma in oddly strident terms and, along the way, a senior Obama political appointee may well have misled Congress.

Congress was naturally curious about how the administration would end up attacking foreign academics, so Rep. F. James Sensenbrenner Jr., Wisconsin Republican, asked how these unprecedented offensives were launched, given that National Renewable Energy Lab and the Energy Department immediately offered conflicting statements to the media and a congressional oversight office.

Mr. Sensenbrenner asked for details from Cathy Zoi, assistant secretary of energy for energy efficiency and renewable energy at the Department of Energy (DOE) and until recently, the CEO of Al Gore's climate-advocacy group. She dodged four pointed questions.

However, the documents we uncovered reveal that her office was fully aware of the answers to these questions, but elected to keep the information to itself.

What transpired is difficult to discern with precision, as DOE continues to withhold numerous responsive documents. But it is clear that senior staff in Ms. Zoi's office, and another under her authority, were told by the American Wind Energy Association (AWEA) of its concern over the foreign economic analysis because of the media and policymaker attention it was receiving.

The questions raised about green jobs also threatened the vast increase in Department of Energy spending to pursue green jobs. The Obama administration has poured cash into renewable-energy efficiency and renewable energy with abandon. One such program at the department has grown from a budget of $1.7 billion in 2008 to $18 billion in 2009.

What is clear is that the Department of Energy then worked with Center for American Progress and the industry lobby AWEA to produce an attack that would serve all their interests.

That may not be all because we have appealed energy's decision to withhold numerous documents. Incredibly, it refuses to release documents exchanged between it and the pressure group CAP and lobbyist AWEA on the grounds that these are "inter-agency memoranda."

So, lobbyists and lavishly funded political advocacy groups are, for purposes of secrecy, mere extensions of the Obama administration. Transparency in the Age of Obama means so transparent, you can't see it.

Chris Horner is a senior fellow at the Competitive Enterprise Institute and author of the best-selling "Red Hot Lies: How Global Warming Alarmists Use Threats, Fraud and Deception to Keep You Misinformed" (Regnery, 2008).