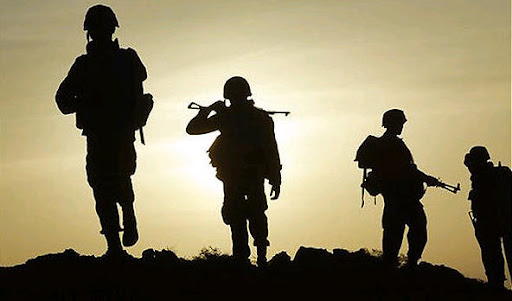 Matt Ridley salutes the bloggers who changed the climate debate. While most of Fleet Street kowtowed to the green lobby, online amateurs uncovered the spin and deception that finally cracked the consensus

Journalists are wont to moan that the slow death of newspapers will mean a disastrous loss of investigative reporting. The web is all very well, they say, but who will pay for the tenacious sniffing newshounds to flush out the real story? ‘Climategate’ proves the opposite to be true. It was amateur bloggers who scented the exaggerations, distortions and corruptions in the climate establishment; whereas newspaper reporters, even after the scandal broke, played poodle to their sources.

It was not Private Eye, or the BBC or the News of the World, but a retired electrical engineer in Northampton, David Holland, whose freedom-of-information requests caused the Climategate scientists to break the law, according to the Information Commissioner. By contrast, it has so far attracted little attention that the leaked emails of Climategate include messages from reporters obsequiously seeking ammunition against the sceptics. Other emails have shown reporters meekly changing headlines to suit green activists, or being threatened with ostracism for even reporting the existence of a sceptical angle: ‘Your reportage is very worrisome to most climate scientists,’ one normally alarmist reporter was told last year when he slipped briefly off message. ‘I sense that you are about to experience the “Big Cutoff” from those of us who believe we can no longer trust you, me included.’

So used are greens to sycophancy in the television studios that when they occasionally encounter even slightly hard questions they are outraged. Peter Sissons of the BBC: ‘I pointed out to [Caroline Lucas of the Green party] that the climate didn’t seem to be playing ball at the moment. We were having a particularly cold winter, even though carbon emissions were increasing. Indeed, there had been no warming for ten years, contradicting all the alarming computer predictions... Miss Lucas told me angrily that it was disgraceful that the BBC — the BBC! — should be giving any kind of publicity to those sort of views.’


Of course, reporters have been going native for decades. The difference is that they cannot now get away with it. When acid rain was all the rage in the 1980s, I was a science editor and I relayed all sorts of cataclysmic predictions from scientists and greens about its effect on forests. (Stern magazine said in 1984 that a third of Germany’s forests were already dead or dying and that experts believed all — all! — its conifers would be gone by 1990.) Today, we know that these predictions were wildly wrong and that far from dying out, forests in Germany, Sweden and North America actually thrived during that decade. I should have been more sceptical.

Yet, this time round, despite 20 years of being told they were not just factually but morally wrong, of being compared to Holocaust deniers, of being told they deserved to be tried for crimes against humanity, of being avoided at parties, climate sceptics seem to be growing in number and confidence by the day. What is the difference?

In a word, the internet. The Climate Consensus may hold the establishment — the universities, the media, big business, government — but it is losing the jungles of the web. After all, getting research grants, doing pieces to cameras and advising boards takes time. The very ostracism the sceptics suffered has left them free to do their digging untroubled by grant applications and invitations to Stockholm. The main blog used by the Consensus, realclimate.org, exemplifies this problem, because it was set up by a PR company and is run by an employee of Nasa, who ties himself in knots trying to show that he does the blog in his spare time. It is also characterised by a tone of weary condescension and censoring of dissent that you do not find on most sceptic sites.


Contrast it with wattsupwiththat.com, a site founded in November 2006 by a former Californian television weather forecaster named Anthony Watts. Dedicated at first to getting people to photograph weather stations to discover how poorly sited many of them are, the site has metamorphosed from a gathering place for lonely nutters to a three-million-hits-per-month online newspaper on climate full of fascinating articles by physicists, geologists, economists and statisticians.

Or take a book published last month called The Hockey Stick Illusion by Andrew Montford, a rattling good detective story and a detailed and brilliant piece of science writing. Montford has never worked in the media. He is an accountant and science publisher who works from his home in Milnathort in Kinrossshire. He runs a blog called ‘Bishop Hill’.

Montford came to the subject in 2005 when he read a blog post by another amateur non-journalist named Tim Worstall, a scandium dealer who lives in Portugal (I am not making this up), who was in turn passing on news of another blogger’s work: Stephen McIntyre, a retired mining consultant and keen squash player in Toronto. Because he keeps catching errors in their work, McIntyre is the sceptic the climate scientists most love to hate, even though he is scrupulously polite and insists that the followers on his website, climateaudit.org, are too. ‘A certain person’, the Climategate scientists called him in their emails, or ‘Mr Mc “I’m not entirely there in the head”’, or ‘the self-appointed Joe McCarthy of climate science’.

Notice that all of these sceptic bloggers are self-employed businessmen. Their strengths are networks and feedback: mistakes get quickly corrected; new leads are opened up; expertise is shared; links are made. Prejudice and ignorance abound too, but the good blogs get rewarded with scoops and guest essays so they tap into rich seams of knowledge. When Montford first ran his now classic post called ‘Caspar and the Jesus paper’, about the shenanigans the IPCC had to resort to in order to get a flawed paper rebutting McIntyre into the peer-reviewed literature in time to use it in their report, word of mouth caused interest in his website to explode.


Mcintyre’s forensic dissection of the Consensus papers puts cosy scientific peer review to shame. Digging deep into data and computer programs, he has found myriad mistakes in both the statistical technique and the data used to make the famous hockey stick graph, which purported to show that recent temperatures were unprecedented in level and rate of change. But he has also uncovered a mistake in data that conveniently prevented 1934 being warmer than 1998 in America; the splicing together of the records of two Antarctic weather stations as if they were one; the smoothing of sea-level rise in a way that conveniently concealed its recent deceleration; the use of a Swedish lake sediment series upside down so it showed recent warming instead of cooling; and most recently the reliance of an attempt to resuscitate the hockey stick on a ludicrously small sub-sample of just 12 Siberian larch trees. That last one came about when Montford spotted that a scientist who had been refusing McIntyre access to data for ten years had published in a journal with a strict policy of archiving data. Montford tipped off McIntyre, who asked the journal to force the scientist to release the data, which he eventually did.

‘It seems inconceivable to the commentariat,’ says Andrew Orlowski of the online newspaper of the IT industry, the Register, ‘that scientists have prejudices too, and that the publication process (peer review) is not some Kitemark of quality but is vulnerable to being hijacked.’ Chip Knappenberger, who blogs at masterresource.org, believes the rise of blogs as repositories of scientific knowledge will continue if the scientific literature becomes guarded and exclusive. ‘I can only anticipate this as throwing the state of science and the quest for scientific understanding into disarray.’

When Climategate broke, the mainstream media, like knights facing archers at Crécy, mostly ran dismissive pieces reflecting the official position of the Consensus. For example, they dutifully repeated the line that the University of East Anglia’s global temperature record was vindicated by two other ‘entirely independent’ records (from Nasa and NOAA), which was bunk: all three records draw from the same network of weather stations. Editors then found — by reading and counting the responses on their blog pages — that there was huge and educated interest in Climategate among their readers. One by one they took notice and unleashed their sniffing newshounds at last: the Daily Express went first, then the Mail and the Sunday Times, last week the Times and this week even the Guardian.

For those few mainstream journalists who had always been sceptical — like Christopher Booker — it must be a strange experience, like being relieved after living behind enemy lines. Who knows, one day even BBC News may ask tough questions. But it was the bloggers who did the hard work.

Email ThisBlogThis!Share to TwitterShare to FacebookShare to Pinterest
Labels: climategate, Skeptics from around the globe