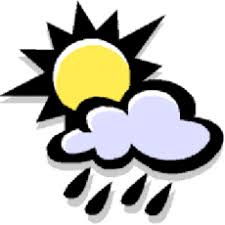 Where do you stand on the global warming debate? And why do you believe, what you believe? Have you done the research, or have you just heard what others say?

The mainstream media, movie-makers, and politicians are certainly trying to convince Americans the global warming debate is settled.

President Barack Obama: "There is no longer a debate about whether carbon pollution is placing our planet in jeopardy. It's happening."

Former Vice President al Gore: "...and the reality is that scientists have been warning us, with ever-greater clarity and ever-greater urgency, that we simply must start cutting the pollution that causes global warming."

But think again. Tens of thousands American scientists don't agree that anthropogenic, or man-made, global warming is threatening society as we know it.

A petition at www.petitionproject.com has the names of almost 32,000 American scientists as this report was put together.

Let's start with the basics. Is climate change real? Of course, the climate's been changing since the beginning of time. Are carbon dioxide levels in the atmosphere rising? Yes, but they've been much higher at times in the past, in fact, 20 times higher 500 million years ago. Is there a climate crisis? I say, absolutely not! But is the climate warming? Well, in recent decades, yes. But there's more to the story..."

The United States has perhaps the best climate monitoring system in the entire world. But the climate record is extremely short - only around 140 years for some of the longest stations. And in that time changes to the local environment and urbanization have undoubtedly given temperature readings a warm bias.

A comprehensive study by Anthony Watts reveals stunning problems. Eight hundred and fifty-four (854) of the 1221 official climate monitoring stations across the country were surveyed and nearly 90% are not properly sited.

Some are located next to buildings and heat-generating electrical equipment. This alone taints the climate record and leads to erroneous warming. Other changes have imparted irregular warming, such as changing the coating on the Stevenson screens, the shelters used to house thermometers, from a whitewash to latex paint in 1979.

An experiment by Watts proves the latex-painted shelters are slightly warmer than the whitewashed shelters. And then you have to account for the change in the actual thermometers, from those requiring manual readings to the new electronic version that's been gradually phased in since the mid 1980s.

But even with the warm bias in the records, it is safe to say we have seen a warming trend in recent decades. However, if you look at the temperature of the atmosphere just above the ground using satellite data, you'll actually see a gradual cooling trend since 2002. What's also worth pointing out is the global temperature spike in 1998 that was caused by a natural phenomenon - an historically strong El Nino in the Equatorial Pacific.

To figure out the climate record before thermometers and satellites we rely on ice core data, boreholes, tree ring analysis, and other means. Since the beginning of earth there have been distinct periods of warming and cooling. Well before man dominated the landscape.

So why the fuss lately about man-made global warming? The melting Arctic? Do you know we've only been monitoring the extent of Arctic ice via satellites since 1979? And while Arctic ice coverage has declined, it's actually been rising since 2006. And have you heard Antarctic sea ice has increased by nearly 14% since 1979?

The global warming crowd is quick to blame the release of carbon dioxide thru the burning of fossil fuels, such as oil, gasoline, natural gas, and coal, for warming our climate and setting us on a path for doom.

Since before the industrial revolution the amount of carbon dioxide in the atmosphere has been rising, up to around 385 parts per million by volume today. That amounts to a miniscule 0.0385% of the atmosphere. Increased CO2 levels are beneficial to plants since they require carbon dioxide to grow. In this experiment, plants exposed to CO2 levels of 1,090 parts per million by volume by far exhibited the most growth.

So, does carbon dioxide drive the climate? The answer is no!

Natural cycles play a much bigger role with the sun at the top of the list. A look at total solar irradiance since 1600 shows a distinct correlation to temperature readings. Readings are higher now than anytime in the past 400 years!

Is there any way to model all these variables? Again, the answer is no! The Intergovernmental Panel on Climate Change, or IPCC, has tried and failed!

Back in 2001 the IPCC released a suite of computer model solutions depicting the future state of the atmosphere. These reports by the IPCC are used repeatedly to drive policy around the world. But, if you look at what's happened since then, global temperatures are actually on a downward trend, whether you look at actual thermometer readings across the world or satellite-derived temperatures. This when the IPCC models were predicting continued warming.

As a forecaster I'll tell you this. Forecasting in the short-term is fairly accurate compared to forecasting long-term. So if these climate models are so far off already, there's really little chance of them being right further out. That's because there's much more driving the climate than carbon dioxide.

There are so many variables at work, known and unknown, that not a single person, or computer model, can predict the future climate for sure.

Just know this; climate change has occurred in the past, is occurring now, and will occur in the future. Trying to pinpoint that change on carbon emissions and human activities...is really a stretch.