"in a car with bad brakes driving toward a cliff in the fog."
Listening to these guys, that is exactly how I feel.

John Holdren told The Associated Press in his first interview since being confirmed last month that the idea of geoengineering the climate is being discussed. One such extreme option includes shooting pollution particles into the upper atmosphere to reflect the sun's rays. Holdren said such an experimental measure would only be used as a last resort.

"It's got to be looked at," he said. "We don't have the luxury of taking any approach off the table."

Holdren outlined several "tipping points" involving global warming that could be fast approaching. Once such milestones are reached, such as complete loss of summer sea ice in the Arctic, it increases chances of "really intolerable consequences," he said.

Twice in a half-hour interview, Holdren compared global warming to being "in a car with bad brakes driving toward a cliff in the fog."

At first, Holdren characterized the potential need to technologically tinker with the climate as just his personal view. However, he went on to say he has raised it in administration discussions.

Holdren, a 65-year-old physicist, is far from alone in taking geoengineering more seriously. The National Academy of Science is making climate tinkering the subject of its first workshop in its new multidiscipline climate challenges program. The British parliament has also discussed the idea.

The American Meteorological Society is crafting a policy statement on geoengineering that says "it is prudent to consider geoengineering's potential, to understand its limits and to avoid rash deployment."

But Holdren noted that shooting particles into the air — making an artificial volcano as one Nobel laureate has suggested — could have grave side effects and would not completely solve all the problems from soaring greenhouse gas emissions. So such actions could not be taken lightly, he said.

Still, "we might get desperate enough to want to use it," he added.

Another geoengineering option he mentioned was the use of so-called artificial trees to suck carbon dioxide — the chief human-caused greenhouse gas — out of the air and store it. At first that seemed prohibitively expensive, but a re-examination of the approach shows it might be less costly, he said.


*****************************************
This story is getting a lot of attention today, as it should since this is a very important person in a very powerful position that can influence policy. Before I get into it. let me say that I seriously doubt it will ever happen, (the shooting of particles into the atmosphere). The reason is that it would pretty much require an international agreement or treaty of some sort to make it happen. In other words the most powerful countries in the world at least would have to agree to do it, won't happen.

Every time this comes up though I point out the absolute absurdity of it. First off if they are real serious about it why not just abolish all clean air restrictions and go back to polluting as we did post WW2? Until we got a handle on real air pollution beginning in the 70's, this was precisely what we did, emit aerosols into the atmosphere.

To show exactly how bizarre the entire AGW theory is,that real air pollution and those aerosols in the atmosphere are the reason given by proponents of AGW for the cooling that occurred in those decades despite the ramp up of CO2 emissions! They basically say that pumping all that pollution into the atmosphere during the boom of post war industrialisation masked the warming that would have occurred from CO2 this is why it cooled for about thirty years. Then when we cleaned up our air through technological advances and legislative mandates, the CO2 generated heating was let lose so to speak.

So by that reasoning, China which does not have advanced pollution control technology on their coal plants and is emitting real air pollution far beyond what the US did in the 60's is actually cooling the world?

Do you begin to see the absurdity of it all? Yet the scary part is this; A man in the position of John Holdren is so bitten by the bug so to speak, that he seriously considers this as an option, or is willing to say anything to convince people that to save the world such lunacy must be on the table.

If this truly is a serious suggestion, I got one better, kill two birds wit one stone-let's build more coal fired coal plants without pollution control on them!

Might I also point out again, that it could also backfire if we suddenly had several large volcanic eruptions. So our mad scientist have saved us from their man made global warming by injecting particles into the atmosphere, then surprise we have a couple big natural volcanic eruptions, the combination of which sends the globe into an ice age. Yeah scientist! 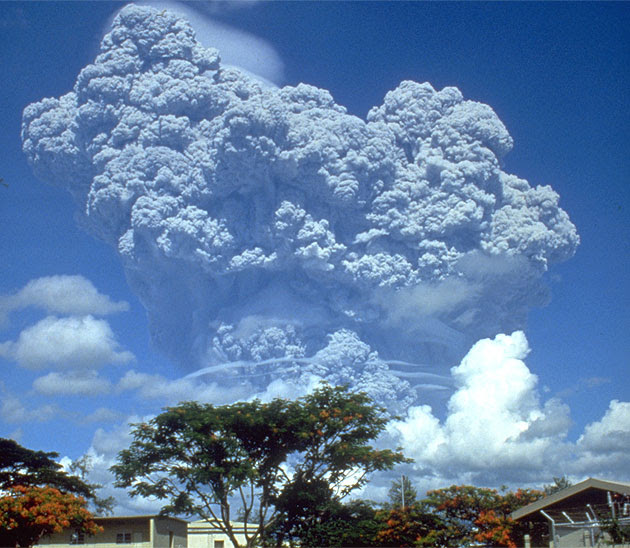