If the Science is Settled...

how come there is so much unsettled science? 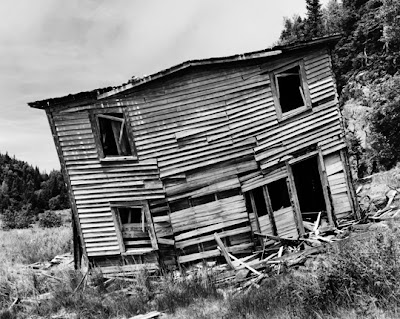 Sitting in on a March 1 Union of Concerned Scientists (UCS) press conference regarding global warming and heavy snowfalls, I couldn’t help feeling like the chairman of the Senate committee questioning mafia capo Frank Pentangeli in Godfather II. The chairman, listening incredulously as Pentangeli contradicts a sworn written statement he had earlier given to the committee, waves the written statement in the air and protests, “We have a sworn affidavit — we have it — your sworn affidavit…. Do you deny that confession, and do you realize what will happen as a result of your denial?”


That was in 2001. Now, however, with an unprecedented number of major winter snowstorms hitting the northeastern U.S. during the past two winters, the alarmists are clamming up and changing their tune faster than Tom Hagen can fly in Vincenzo Pentangeli from Italy to aid his brother in his time of trouble.

Jeff Masters, director of meteorology at the Weather Underground, and Mark Serreze, director of the National Snow and Ice Data Center, explained to the media at the UCS press conference why they believe global warming caused the heavy snowfalls in the northeast these past two winters. Masters and Serreze obviously are weather experts. They may be right. Other weather experts, such as John Coleman, co-founder of the Weather Channel, and Joseph D’Aleo, the first director of meteorology at the Weather Channel, disagree with Masters and Serreze. It is also possible that Coleman and D’Aleo are right.

During the question and answer portion of the UCS press conference, I quoted the IPCC Third Assessment Report and asked Masters and Serreze if they were saying IPCC was wrong on the science.

“I would say that we always learn,” replied Serreze. “Have we learned a great deal since the IPCC 2001 report? I would say yes, we have. Climate science, like any other field, is a constantly evolving field and we are always learning.”

While I believe the weight of scientific evidence favors Coleman and D’Aleo, the larger importance of the UCS press conference is not whether global warming causes – in effect – more winter, but what the press conference illustrated about the alarmists’ oft-repeated assertions that “the science is settled” and “the debate is over.”

The IPCC Third Assessment Report was as straightforward as one can get asserting that global warming would cause a decline in heavy snow events. As the Senate chairman would say, while waving the IPCC report, “We have it….” But now that real-world evidence has proven IPCC wrong, the alarmists have pulled an about-face and are claiming global warming is causing more frequent heavy snow events.

The alarmists used to claim global warming was causing the retreat of Kilimanjaro’s mountain snowcap, but scientists now understand that local deforestation is the culprit. IPCC claimed in its 2007 assessment that global warming would likely melt the Himalayan glaciers by 2035, but IPCC now admits there is no scientific basis for such an assertion. IPCC claimed in its 1990 assessment that global temperatures should rise 0.6 degrees Celsius between 1990 and 2010, yet NASA satellite data show global temperatures warmed by merely half that amount, at most.

We could ask Frank Pentangeli, but Frankie Five Angles is no longer talking.

James M. Taylor is senior fellow for environment policy at The Heartland Institute and managing editor of Environment & Climate News.
Posted by Jer at 10:15 PM